← Life over 50: Tips for Successful Aging 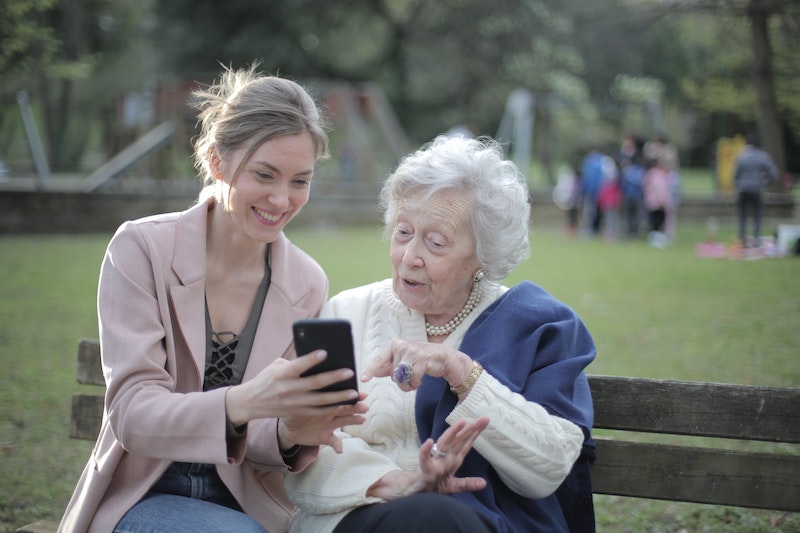 We understand the role of physical activity and its promise for a good quality of life going into retirement. However, mental fitness ranks just as high. It’s no wonder that experts forecast the global cognitive training market to reach nearly $13.6 billion by 2024. Few industries can boast of a compound annual growth rate (CAGR) of 32.3 percent.

However, what is fueling this dramatic increase, and do online games offer a cognitive function solution for an aging population? To answer these questions, we need to understand how the brain works.

Neuroplasticity and Your Brain

For decades, the conventional wisdom was that brain development slowed by the time you reached your 20s. You could lose nerve cells or neurons, but your body could not make them.

Enter the concept of neuroplasticity spearheaded by Dr. Marian Diamond in 1964.

Her team showed that the brain responds to stimuli in its internal and external environment with new neural pathways. In short, the more mentally active you are, the more networks your brain creates.

Fast forward to the brain training industry today. What started as a significant scientific development has morphed into a market of programs and apps with the purpose of improving cognition and memory. Let’s begin by distinguishing the two processes to understand how online games fit into the picture.

Being able to quantify changes is the essence of science. It’s the difference between significant results or no effect. The human brain is infinitely complex, which makes these studies more difficult. Much of the research focuses on two concepts, generalization, and memory.

The selling point of many brain training apps and services is the notion that using them can help you function better in other tasks. For example, doing crossword puzzles can make you comprehend more when you read or improve your vocabulary.

Memory involves several types of skills. It includes your ability to recall something that your brain has stored. There are also sensory triggers, such as associating a specific smell with a particular place or event. There is rote learning for navigating your world and executive function for reasoning and strategizing.

Presumably, brain training and online games would improve all these things. What does science say?

The Case for and Against Online Games

Online games come in three flavors. There are video games that cover all ranges of possibilities from simple to complex. You’ll see ones in which you multi-task where you might have to avoid hazards while searching for some prize or clue. Finally, you’ll find the classics, such as solitaire or puzzles.

We can use measurements such as reaction time to gauge the effects of these platforms. We can look at changes in performance with other tasks. If we see improvement, are they short-term, or can they improve overall brain function? Finally, any research must adhere to the rigors of science and statistics to make sure it’s unbiased and meaningful.

The impetus behind much of the research in this field is the aging population of baby boomers. Concern also exists for the potential increase in dementia and Alzheimer’s disease, now estimated at nearly 5 million new cases globally each year. These factors have fueled another marketing strategy with these products, the delay of cognitive function loss.

Unfortunately, some have gone beyond the current scope of the evidence. The FTC dealt the brain training industry a hefty blow when the agency fined the makers of the membership-based company, Lumosity $2 million for deceptive advertising, aimed at those claims of reducing the risk of dementia or other cognitive conditions.

The company marketed its product to improve generalization and memory through an extensive series of programs with a recommended training schedule. However, they crossed the line with claims that it could lessen the effects of medical conditions, such as PTSD and stroke.

However, what about everyday cognitive function?

Effects on Your Daily Life

We must preface this discussion with the caveat that the research is ongoing. The outcomes of playing online games are dependent on the population using them, the types of activities, and the mental health of the individuals. The existing neural network of the brain is also a factor. The research is showing some compelling evidence.

A 2012 review of 38 studies on the effects of different modes of training yielded some positive results. The researchers found that video games scored high marks for improving cognition and executive function with measurable upticks in reaction times. Classic training methods showed similar results.

However, changes in generalization were not as apparent. The researchers concluded that the effects existed with related skills but not unrelated ones. These findings make sense because the brain uses different neural pathways to do various tasks. It’s like saying all roads lead to one place.

One way in which playing online games may work is through a concept called cognitive scaffolding. You probably grew up thinking that the mind is like a filing cabinet with a limited capacity. You may forget things because they got too full. This concept looks at the brain differently. Instead of a finite space, it views the mind as a structure that you continually build; hence, the term scaffolding.

When you learn new skills, you reinforce the existing neural pathways and add on to them. That may explain some of the positive results with games that challenge you mentally. However, this ability isn’t limited to these activities. Anything new you learn has a similar effect. You can boost your cognitive function by taking a new hobby or picking up a book.

Your brain may not distinguish the type of intervention and only react to the fact that you are doing something different.

The Bottom Line on Online Games

Playing online games isn’t necessarily going to make you smarter. Also, the jury is still out about how long the benefits last. However, several things stand out in favor of these mental exercises.

They’re convenient to use. You can use them on any platform in just about any setting.

Technology is no longer a barrier. The fact remains that smartphone usage among seniors continues to rise, with almost 40 percent owning a device.

Older adults are embracing the Internet even more, with over two-thirds surfing the web.

Online games offer another way to connect with grandkids, other family members, and friends. These social benefits are priceless.

Finally, you’ll find the classics, such as solitaire or puzzles.

All these factors support playing online games, even if the positive effects don’t extend toward better cognitive function and memory across the board. We consider them a part of a healthy lifestyle that includes regular exercise and mental stimulation. If they improve your bridge score, all the better.

Compare Pricing, Reviews, Photos & More.
Fill Out The Form Below To Receive a Free Consultation

Talk to our local Expert Advisors for insider info on Assisted Living.

See the best options for your budget & needs in your area.

By clicking Submit, you agree to the terms and conditions of our privacy policy. You also consent that we, or our partner providers, can reach out to you using a system that can auto-dial. Your consent is not required to use our service.