← 15 iPad Apps Every Senior Must Have

New Rules About Voting: How They May Affect You →

Study after study has shown that playing games will not only help senior citizens improve their memory, but it can also increase reasoning and motor skills and the ability to visualize things in three-dimensional space. And what a better way to play games these days than on your iPad. With its insane popularity there has come a flood of new and exciting iPad apps, including hundreds of free games that are ideal for giving your brain a good workout.

From playing with tiles to landing planes, games for the iPad come in every type imaginable, which is why we went through the painstaking process of playing as many games as we could to find ten of the very best.

So, here is our list of the top ten ipad games that will help you stay as sharp as a tack.

Marble World Desktop
Welcome to the crazy world of Marble World. Where the player is pitted against crazy 3D levels of madness, featuring cannons, saws, platforms, darkness and narrow ledges. Collect the gems and make it to the finish line as fast as you humanly can.

Plane control Lite
This is a very simple and fun game from the “line drawing” genre. You can play 1 map (6 maps in the full version, each presents a unique game experience. Some require fast fingers, others require careful planning)

Mahjong! Free
MahJong Solitaire is a matching game for one player. The goal of the game is to remove all tiles out of the board by pairs.

Holes and Balls Free
“Holes and Balls” is the unique game where you’ll have to throw a ball against walls, pens or even matchboxes! Take a few seconds to target, throw the ball and follow its realistic trajectory through each puzzling level… Will you put the ball in the hole?

MySudokuFuru Free
MySudokuGuru is program which not only enables you to play Sudoku on your Mac but will also explain how to solve each Sudoku if you get stuck! The full version of the program has the following features:

Linemaze
A simple yet addictive maze game. Combine both luck and quick path finding skills to complete each maze in the given time. Pick up extra time and earn bonus points to see how high you can score.

Bubble Shootix
Shooting bubbles has never been so fun before. Take your bubble shooting experience to the next level with Bubble Shootix. Game by Spooky House Studios – creators of Bubble Explode & Doodle Train. 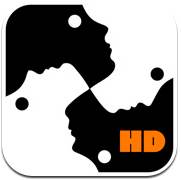 Mind Games HD
With Mind Games HD it’s hard to actually believe your eyes! Mind Games HD is here to amaze you: aftereffects, ambiguous objects, unreal objects and many other exciting categories. You’ll learn how to look beyond what we see or actually think we see!

Sand Slides
Sand Slides is the new fantastically addictive puzzle game of 2011. With simple game play rules, Sand Slides is a very unique game that is simple to pick up but will take some time to master.

Bounus – Mind Games for the iPhone!

During our search, not only did we find a number of iPad apps that are excellent for keeping your mind sharp, but we found numerous iPhone apps as well. So many so that we couldn’t help but throw in five the best mind games for the iPhone. 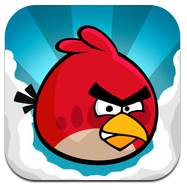 Angry Birds
The survival of the Angry Birds is at stake. Dish out revenge on the green pigs who stole the Birds’ eggs. Use the unique destructive powers of the Angry Birds to lay waste to the pigs’ fortified castles. Angry Birds features hours of gameplay, challenging physics-based castle demolition, and lots of replay value. Each of the 288 levels requires logic, skill, and brute force to crush the enemy. 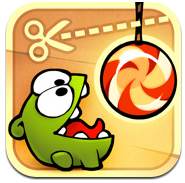 Cut The Rope
Om Nom is jumping for joy with his new Toy Box! Now you can choose to feed him candy, donuts or cupcakes. And Om Nom has been making a special treat for you, too! He has drawn and colored some cute pictures for you to share with your friends, but he has been so busy catching candy he can’t remember where he left them! Will you be the first to find them all and get them back to his gallery.

Unblock Me
Unblock Me™ is a simple and addictive puzzle game. The goal is to get the red block out of the board by sliding the other blocks out of the way. Unblock Me™ comes with 4 difficult levels ranging from Beginner to Expert. There are 9000 puzzles in total worth hours of playing to keep you challenged. 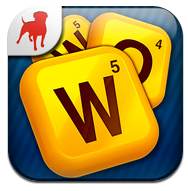 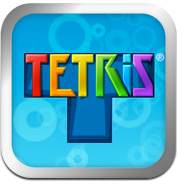 Tetris
ENDLESS MODE UNLEASHED – IN RETINA DISPLAY! Now get nonstop TETRIS action with more smashing visual impact – plus the original TETRIS theme song. See why one of the greatest games ever is one of the hottest games on the App Store!

Compare Pricing, Reviews, Photos & More.
Fill Out The Form Below To Receive a Free Consultation

Talk to our local Expert Advisors for insider info on Assisted Living.

See the best options for your budget & needs in your area.

By clicking Submit, you agree to the terms and conditions of our privacy policy. You also consent that we, or our partner providers, can reach out to you using a system that can auto-dial. Your consent is not required to use our service.